Do you know the origin of the idiom "it´s raining cats and dogs" or in Spanish "llueve a cántaros"? Let´s find out the curious origin of these idioms. With this kind of common phrases you’ll improve your conversation skills, you only have start using them and quickly you will speak like a native. 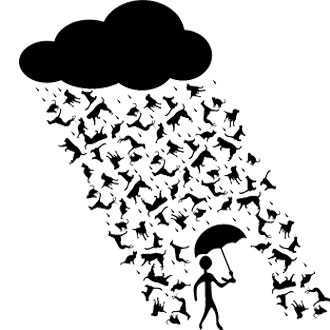 The idiom “It’s raining cats and dogs” is said to have two origins. Both came from the Middle Ages, of the England of many centuries ago. It was a time when the streets were narrow and dirty, and the stray cats and dogs living at the roofs of houses abounded. When it rained a lot, the strong rains cleaned the roofs of dead animals and make them fall down to the street and for this reason it seemed that it was raining animals.

Another version tells that on those times, the houses were very humble and among the wooden roof beams all kind of animals lived, including dogs and cats, that at that time weren´t usually pets. When the rains were very strong it wasn’t odd that they slept and fell down to the floor in an animal rain manner. 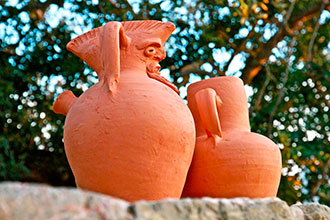 It means that it rains a lot, but really a lot... it rains so much that it seems like if something was throwing bucket loads (metaphorically speaking) from the clouds.

*Cántaro: large jar used to contain and carry liquids; it has a narrow opening, bulging belly, narrow foot and generally, one or two handles, and is usually made of clay or metal.