The Sister Cities of Houston 2015 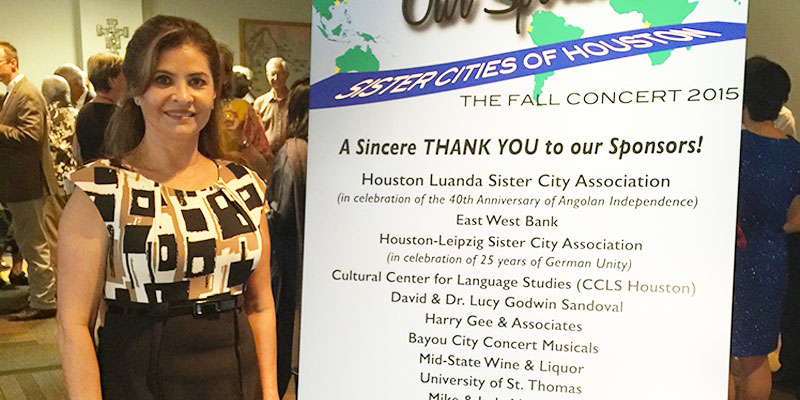 The Sister Cities of Houston hosted its 10th annual Fall Concert at St. Thomas University on Sunday evening, and CCLS Houston was proud to be a sponsor and attendee at the gala.

It was absolutely a feast for the senses! Houston’s own Boy Choir set the mood with several selections that highlighted their magnificent range of vocal talent. They were followed by an exquisite classical rendition of Josef Suts’ Piano Quartet in G Minor, Opus 8 by a string quarter from Leipzig, Germany’s famous Hochschule fur Musik und Theater, and then a quick shift into Broadway thanks to the Bayou City Concert Musicals who performed selections from “Bells are Ringing.” The finale had everyone swaying, clapping and singing with Angola’s incomparable Katumbella.

As a cultural center for languages, CCLS strongly supports the Sister Cities program, which are city-to-city relationships developed over decades that seek to promote diplomacy, mutual trust and understanding through strong relationships in commercial, cultural, educational and humanitarian exchange.