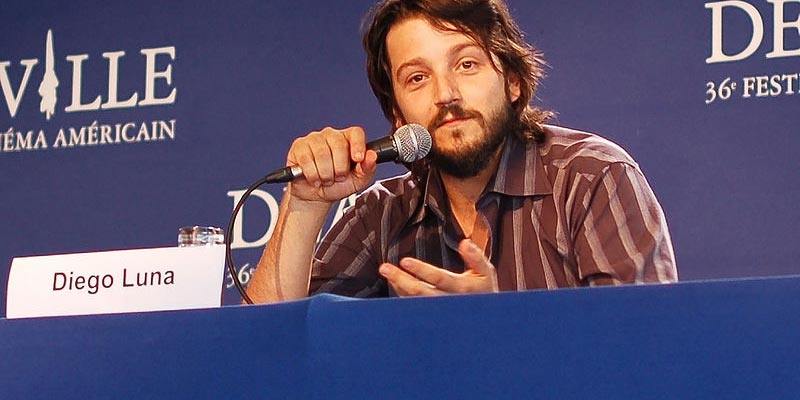 Rogue One: A Multicultural Success Story

“A Mexican in Star Wars? Come on! And not just for five minutes!” so Diego Luna exclaimed, who is playing the lead male role in the most recent Star War’s movie ““Rogue One: A Star Wars Story.” Luna was speaking in a recent interview on the Ellen DeGeneres Show about his experiences playing the role of Cassian Andor. Luna’s excitement was palpable throughout his interview with Ellen. After watching the film, I understand why. Rarely do large roles in Hollywood go to Mexican men. They often play the same tired tropes: gang members, janitors, or landscapers. What makes Diego Luna’s role unique, is that a Mexican man is playing a large role in one of the most financially successful movie franchises. Moreover, Luna’s character forms part of a multicultural cast.

Star Wars has earned over $30 billion since its initial debut. With a global following and wide appeal in the U.S, one could see how “Rogue One,” has big shoes to fill at the box-office. Yet “The Force Awakens” with over $2 billion in global earnings, showed that a film with a multiethnic cast can be a commercially viable instalment in a billion dollar franchise.

Rogue One seems to be settling in well to the franchise’s large earnings on opening weekends. Initial estimates suggest that it will make between $130 million to $150 million worldwide in its first weekend. These estimates should not come as a surprise as both Donnie Yen and Wen Jiang, who are majors stars in Chinese cinema, play important roles in the film. In Luna’s case, an actor with wide name recognition across Latin-American will appeal to a large audience.

Luna’s role subverts the stereotypes and shows us a multidimensional character. Cassian Andor is a man who, Jiang’s character Baze Malbus muses, “…has the face of a friend but the eyes of a killer.” Luna expertly plays the line between assassin and confidant throughout the film and shows a larger point: that the Star Wars universe can be as varied as its cast.

Along with Felicity Jones’, Jyn Erso and the rest of the cast, Cassian is one of the films heroes. Unlike other instalments in the franchise that focused on one hero’s journey, “Rogue One” takes more ques from heist and war films. Films that highlight the collaborative efforts of an ensemble cast rather than one person’s single grand act of heroism.

The image of a multicultural group of people working together despite immense odds was a refreshing sight to see. Not only because it is rare to see an ensemble cast have women and minorities in the positions of leadership, but because it resembles the population of the U.S. We are a country of immigrants that works together every day no matter the hardships or the differences we may have. A point that far from being beaten into the audience, is shown through the trust and comradery the characters develop throughout the film.

“Rogue One” will more than likely succeed at the box-office not because of the franchise it belongs to, but because the audience will see actors who look like them on the big screen. A fact that can seem like a fluke in Hollywood but more recently has developed into a trend. Our world has always been diverse and it is good to see a franchise as big as Star Wars finally reflect that diversity.