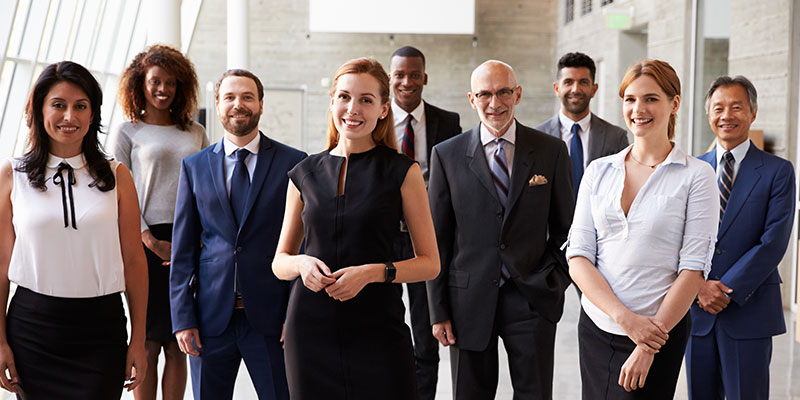 Spanish in a Nation of Immigrants

English is the most spoken language in the United States. However, it is not the only means of communicating in this country. A close second to English is Spanish, which is spoken by a large percentage of the U.S. population. Being able to speak both can be one of the keys to success in America. For those who came to this country and already knew this language, it is an important part of who they are. As a direct result of learning it, individuals who embrace it as a second (or even third) language grow closer to their roots, or broaden their horizons. Speaking Spanish is more than gaining a new skill; it is a great step in becoming a better person and a citizen of the world.

If you already speak Spanish fluently, then you have already noticed the many others who do so as well here in the United States. This is especially true in Texas, other states that border with Mexico, and places such as Florida. This country is often known as a melting pot, in the sense that we have countless cultures coming together. From Vietnamese and Japanese heritage to Central and South American citizens, a better question is, who don’t we have in this country? While there are many different cultures and spoken languages, Spanish is the only one to consistently take a strong second place, losing only to English in sheer numbers when it comes to speakers in America.

According to the last Census (Source at the end of this article), 60,577,020 people speak a language that is not English when at home with their friends, family, and loved ones. Of those sixty million individuals, 37,579,787 speak either Spanish or Spanish Creole! This is more than half of every other surveyed option combined. To help you visualize this information, see the chart below:

Even if you count the total amount of Chinese, French, German, Korean, and Vietnamese speakers, they are only a fraction of the Spanish speakers in the United States. The Census also notes five cities where the number of Spanish speakers by those who do not exclusively communicate in English is above 95 percent (!); of those towns, three are in Texas alone. This truly shows that we live in a nation of immigrants, where the so-called “official” language is not always the norm. While many hold a previous background in Spanish, not everybody has the same situation. 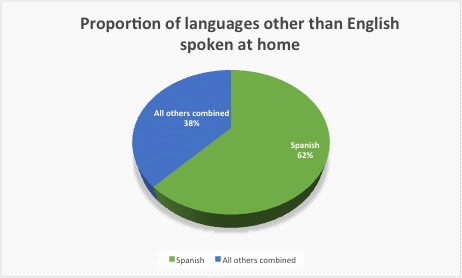 As a newcomer to the language, you wish to refine your skills to become a better Spanish speaker. Chances are your neighbors speak it as well, or that your coworkers do. In many cases, your family came from Mexico, Spain, or another country where it is the primary language; learning it in such a circumstance will give you a deep understanding of who you really are. No matter your reason, it is important to know how you can utilize your new ability. It gives you a way to get closer to your spouse’s family, if their relatives are immigrants. It opens business-networking opportunities with all sorts of individuals. It is a fact that speaking more languages makes you smarter. Once again, there is no lack of benefits from expanding your horizons in such a manner.

Because this country has such a rich cultural background, there are countless ways to approach what a new language may do for you. It can help you connect on a personal level with your significant other and their family. You can get to know a greater part of the local community. Not only can you network more with those around you, but you also become a greater asset to your employer. The beauty of a “melting pot” civilization such as the United States is that we have many perspectives on personal and professional issues. Individuals from all walks of life come together to make their lives better; being able to connect with them is extremely valuable. Because of this, Spanish knowledge is extremely valuable and can serve you well during your lifetime.