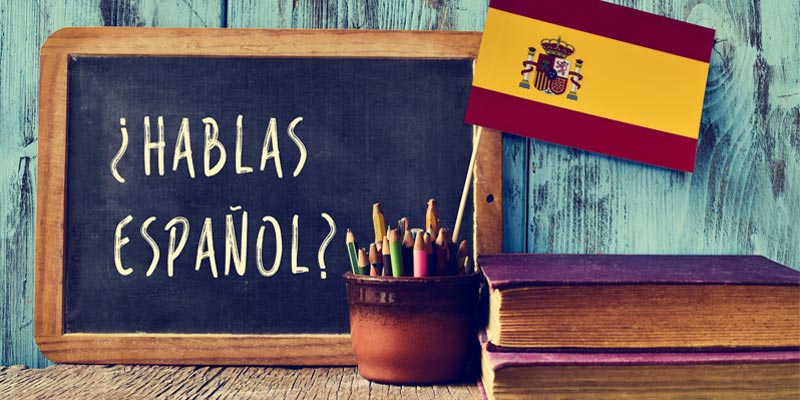 In one of my conversations with a Mexican friend who lived in Spain, he was telling me that for a Spaniard the best way to make a Mexican look bad is to ask what language he speaks. Any Mexican would naturally answer, “Spanish”; however, the Spaniard would correct him saying that his answer is incorrect, as he in fact speaks Castilian. This issue is somewhat controversial in Spanish-speaking countries, and for certain students of the Spanish language, as there are many factors and facts to take into account (which often are only due to mere confusion). In the following lines I will explain the respective uses of these terms through a brief historical and geographical review of the Spanish language.

The first key to ascertain the correct use of the term is in the term itself. SPANISH. The name, although we sometimes forget, can provide clues as to what it refers to. The language spoken in almost all of Latin America is evidently from Spain. It is precisely here that we encounter the first problem. Is it really the case that in a European country like Spain, people only speak the Spanish that we all know? The answer is no. Unlike America, which was conquered and adopted languages in common from the conquering countries, Spain –being a country of the old continent– has several original languages that we do not speak or know on this side of the planet. Thus, several languages such as Basque, Catalan, Galician, and the one we know as Spanish: Castilian, convene in Spain. So, is it really correct to say Spanish when there is more than one language in Spain? Sometimes it will depend on where you are. In Spain, for example, sometimes the correct thing to say will be Castilian, due to issues of identity between the different languages that are found in the region. However, saying ‘Spanish’ is not incorrect, since by using this term one refers to Castilian, which is the official language of that country and is spoken by virtually all of its inhabitants. The corresponding question now is, why is Castilian the most spoken language in Spain? To answer this question, a brief historical review is necessary. For many years, much of the Iberian Peninsula was occupied by Arab civilizations and it was thanks to the process of re-conquest led by the Crown of Castile [Castilla] (from where Castilian comes) in partnership with the Catholic Monarchs that the territory was recovered. So, this was the Spanish that spread throughout Spain. This is also due to the various works of translation of various texts led by king Alfonso X (Castilian speaker), prior to the re-conquest. The military power of this crown allowed the Castilian language to become, later on, the most spoken and official language in what would be known as Spain.

This same empire of the Catholic Monarchs was the one that achieved the discovery of America; that is why Castilian Spanish is spoken in most of its countries. Now, in an American context, the term that is most common and best understood is ‘Spanish’. In this continent it is not necessary to make the distinction because the point of reference, in theory, will always be the same. No country or community in America or the Caribbean has Basque or Catalan as mother tongue or primary language.

In conclusion, what will often determine what is appropriate in the use of the terms is the context. But, in retrospect, saying Spanish, Castilian Spanish, or simply Castilian will not be incorrect in any of the cases (in essence).