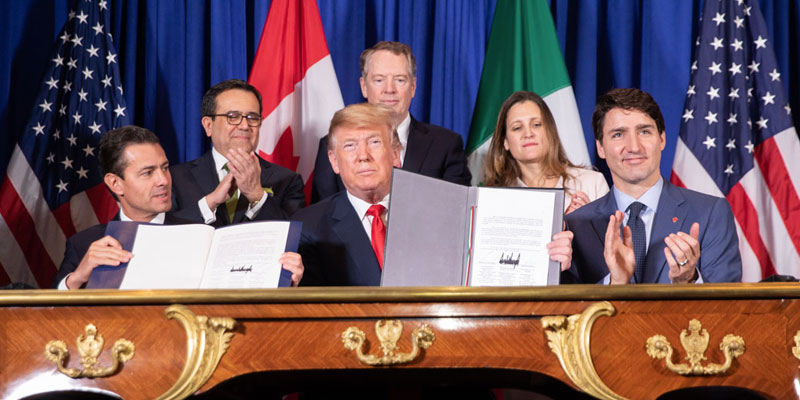 Now that the U.S., Mexico and Canada have signed the new USMCA, designed to replace NAFTA, traders in North America can breathe a sigh of collective relief. Canada and Mexico are the United States’ second and third largest trading partners, respectively, and the uncertainty that pervaded that relationship since the election of President Trump has created heartburn for many. Although the agreement must be formally ratified by Congress before it can take effect, the expectation is that some form of NAFTA 2.0 will soon become law.

According to the U.S. Census Bureau, trade with Mexico comprised 14.6% of the total U.S. trade figure, or more than $557 billion in 2017. Although Canada has a slight edge on Mexico in total trade figures with the U.S., the Mexican economy has been growing dramatically and it could easily outpace Canada over the next generation. In fact, estimates are that Mexico will have the seventh largest economy in the world by 2050.

U.S. companies that wish to continue or expand their roles in Mexico will benefit from enhancing the Spanish skills of their employees. Only a little over 12% of Mexicans speak English rendering Spanish language skills critical to avoid being at a disadvantage. The good news is that Spanish is one of the easiest languages for English-speakers to learn. Immersive language programs allow business leaders to more quickly hone their skills. CCLS Houston’s Spanish International program can be tailored to fit the needs of the busy executive. Contact us today for more information.